The skit at the beginning was funny. The speech that the Nigerian President, Goodluck Jonathan, should have read has been posted by Premium Times: http://premiumtimesng.com/opinion/136267-by-goodluck-jonathan.html. Special Adviser to the President on media, Reuben Abati stated that the president could not give his speech because he was having a side meeting with other presidents, which other presidents did that day. It raises the question of why he couldn’t have done this at a different time, however, he is allowed to have someone else read his speech on his behalf which is what was said to have happened. It seems to me that this is another poor excuse which Nigerians are meant to accept but what do I know?

END_OF_DOCUMENT_TOKEN_TO_BE_REPLACED

Let me start off by saying Happy Democracy Day to all of my fellow Nigerians! I have never heard of this day before. Nigerians tend to eat Jollof rice and chicken when they celebrate and it just so happens it’s what I ate today so I subconsciously celebrated! 🙂 Nigerians make me laugh. Democracy day was trending on twitter worldwide today. I read messages along the lines of if 35 people have issues voting, what about the country and “Demo-crazy day”. I saw Dem-are-crazy on another blog which I thought was hilarious.

I just signed up to twitter today mainly because of Sunrise Daily, on Channels TV, which is accessible online. The presenters don’t back down when it comes to questioning neither do they allow weak answers. I’m digressing. I was watching Sunrise Daily and the topic of discussion was the Nigerian Governors’ Forum (NGF) or rather the shambles it became. How ironic that just before we are meant to celebrate Democracy Day, this comes up. It highlights that if 35 governors cannot pick their chairman, how is it elections are run in Nigeria in an orderly manner? Despite this, I will never not acknowledge that Nigeria has made progress. NaijaYarnz put up a post on Democracy Day which I think is very good. It is balanced and states Nigeria’s progress and areas it still needs to work on. I’m sure we can agree that politics and elections are areas  Nigeria still needs to improve on.

END_OF_DOCUMENT_TOKEN_TO_BE_REPLACED

I had a battle embedding the Fuelling Poverty documentary by Ishaya Bako to my last post and I got frustrated. I was thinking, “Is the Nigerian Government battling with me on the internet?” The Nigerian Government is now watching us! I’m still in London so I’m not part of the us yet. It was just WordPress. I don’t know what happened but I fought the embedding war and won! I didn’t want to make the last post too long so I broke it down. Just two parts. I thought I would share some things that stood out to me in the documentary.

The first is that Wole Soyinka mentioned the oil subsidy scam involving key government ministries, a state owned company and oil marketeers. This was the $7 billion dollar fraud on the Nigerian people known as the oil subsidy scheme. Nigerians were promised, once again, that they would be given oil subsidy which would keep fuel costs low and affordable. Yes,  Nigerians were given the subsidy but it was soon taken away. The price went from 65 to 141 Naira per litre which was an 115% increase. After the ten day protest, “Occupy Nigeria”, the fuel costs were reduced to 97 Naira per litre but there are talks by the Government of the fuel price being increased once again in 2o13. This subsidy scheme also involved the situation between Femi Otedola, Nigerian businessman and oil company chairman, and Farouk Lawan, the former Chairman of the House  Ad hoc Committee on Fuel Subsidy Regime. Femi Otedola alleged that the former chairman accepted a bribe of $620,000 to remove his oil companies from the subsidy regime. They both alleged things about the other but in my opinion, they are both guilty. This situation is too long for me to write about so if you want to read up on it, you can read it here. I haven’t heard anything else and neither one has been prosecuted.

To make it easier, I’m going to list the things I thought were interesting in the documentary.

END_OF_DOCUMENT_TOKEN_TO_BE_REPLACED 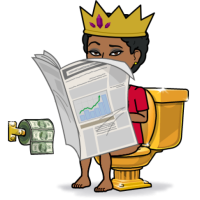 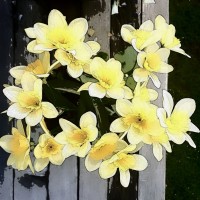 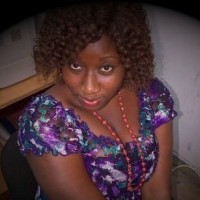